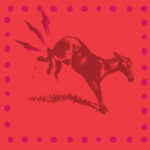 It was in her father’s tortilla factory where Irma learned the art of making auténtica flour tortillas, fresh corn tortilla chips and delicious salsas and honed the family recipes that have been passed down since the late 1920s. These same family recipes are being used today to bring people the true, authentic taste of freshly made, stone-ground tortilla chips and fresh salsas.